The world has been ever evolving, and every day is different from yesterday. As we advance in the journey of life we are also seeing great technological inventions and upgrades. Perhaps the last decade has been a revelation in this aspect.

Similarly, with all these inventions we’ve also seen great changes in the cycling world, example – moving ahead from traditional bicycles to electric bikes. And perhaps, an electric bicycle which first came into existence as early as December 1895 has since seen many upgrades to its development. Bicycles have always been in use since the early 19th century and almost certainly we’ve all ridden bicycles at some stage of our lives for various reasons or purposes. The advancements in the technology of electric bikes continues to this day. So let’s see what purposes can electric bicycles serve?

Fitness freak? – Most popularly people use traditional bikes as a good source for cardiovascular exercises, however, electric bikes also serve this purpose. It is true that they burn 20% less calories compared to traditional bikes but they tire you lesser and perhaps that extra fuel of energy enables you to ride longer and cover a larger distance, perhaps attaining the goal of being fit by burning fat and losing weight.

Grocery shopping – Electric bicycles with a handy basket can be used for a seamless shopping experience, easier than driving a car to a chain grocery store, as it covers point to point distance in no time, for instance you can attain speeds of up to 25 km/hr with a motor of 250 watts in pedal assisted electric bikes.

Commuting to work – Riding an electric bicycle early in the morning to work can be fun and it is pretty convenient as well. Also, helps you save money and be eco-friendly. Experiencing freshness of the morning first hand also means a great start to your work day as well besides it is very safe as well.

In 2008 a study from the University of New South Wales determined biking safety as a virtuous cycle. The more electric bikes being ridden in any city means the number of collisions between drivers and people riding bikes decreases significantly.

Socializing – Bike riding can be an extremely enriching social experience especially with your loved ones or friends and thus helps your mental health as well. Group cycling has increased over the last couple of years and there are clubs or groups that you can join to ride along and enjoy nature.

Physical disabilities? – Electric bikes are popular among all age groups and types of people, every individual has his or her own needs. However, electric bikes are a great source of commutation for those who are disabled and are an absolute blessing because they help you commute with minimal effort.

Hill Climbing – Electric bikes are popularly used in the sport of hill climbing as well due to their ability to climb steep slopes, they are very handy in this aspect. By minimalizing effort and increasing your energy they help you ride on for long durations. 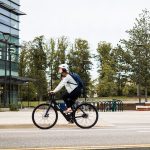 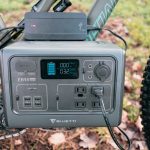 guide for the best portable power station in Australia
Power up your e-bike adventure! As an e-bike... 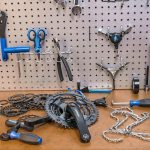 Find The Right Bike For You.

Looking for for best bikes here…

No Satisfied? No Worries,
Return For Full Refund.

We are Here 7 Days a
Week to Help.

Most Orders are Delivered
in 2 to 5 Days.